The Joy of Creation Story Mode

The Joy of Creation Story Mode 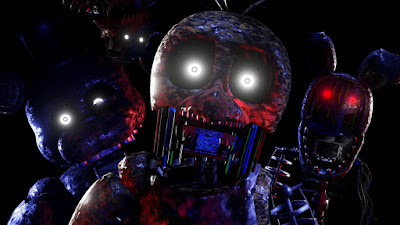 Platforms: This game is available only in PC

This game, being a Fan Made (Videogame created by a fan with content from the original videogame for example it can have: history, characters, etc.) does not specify which is the recommended age.

It's the night of August 8, 2016, and Five Nights at Freddy's 2nd Anniversary has passed. Celebrated around the world, the hit independent horror series and its creator have become a place in modern culture and in the hearts of many. But success doesn't just bring fortune to your door. Play through the eyes of Scott Cawthon and his family as they try to survive inside their own home on the terrible night that horror came true, the scorched beings whose origin and motives are still unknown. Find the secrets lurking in the house and uncover the mysterious events that led to the cancellation of the next game in the series.

Weaknesses: You need a good computer to play well and it depends on which areas the FPS fall into.

Sales: It's free and has over 7.8 million downloads

It is the game that has scared me the most to play it in my life, the tension that is spent playing is beastly, the story is a bit simple but it is cool, the mechanics of each level are good and intuitive and finally the design of all animatronics. In short, it is one of the best FanMades that there is of FNAF and many games would like to be at this point, it is a great horror game