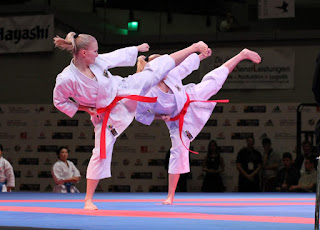 Karate is a traditional martial art of the Ryūkyū islands belonging to Japan, based on some styles of Chinese martial arts, and to a lesser extent on other disciplines from Southeast Asia. It is also influenced by other Japanese martial arts such as kendo, judo, and eventually aikido. The person who practices it is known as a karate fighter, and he clothing used is made up of a white jacket and pants, and a belt, whose color depends on the level of karate you have. Regarding the Olympic Games, karate will debut as a sport at the Tokyo 2020 Olympic Games, which due to the current situation, will be held in the summer of 2021.