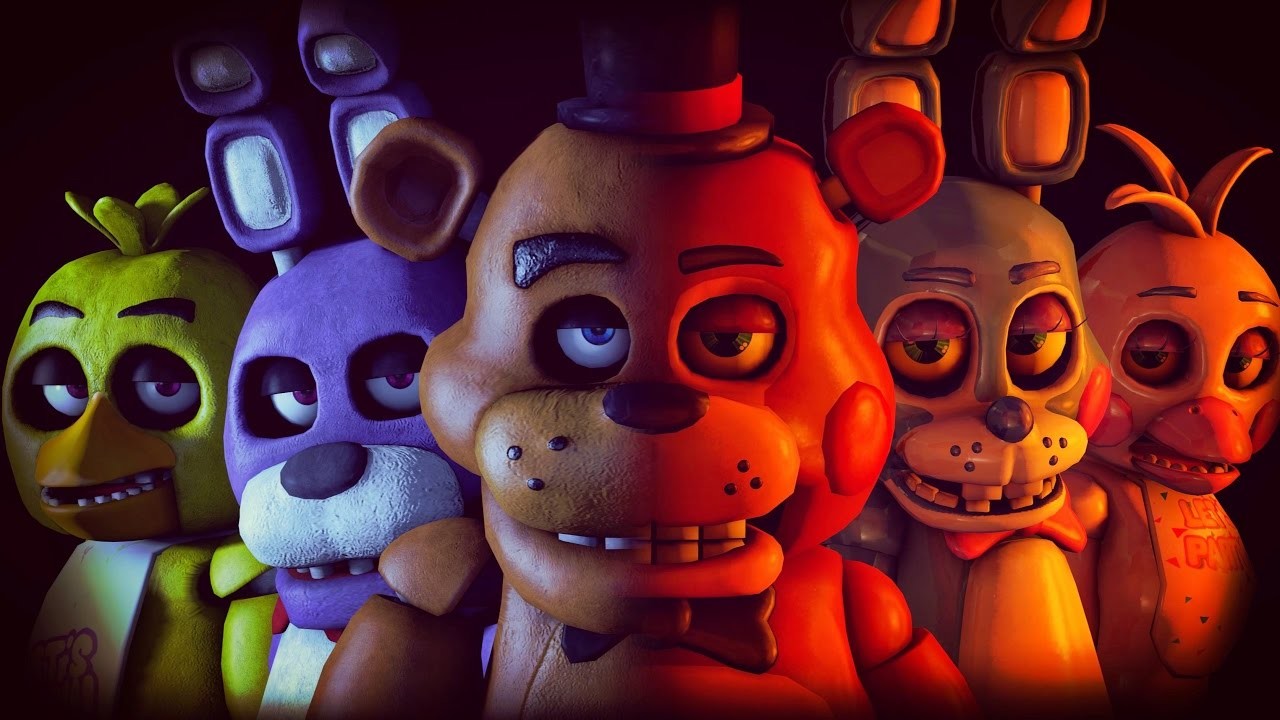 Genre: It's an horror games based on a pizzeria with animatronics
Game type: It's a terror game in which you are a night guard in a pizzeria with evil animatronics
Developer: Scott Cawthon
Initial Release Date: The first game of the saga was released in 2014
Platforms:  This game is in PC, Ps4 and Nintendo Switch
PEGI: It's PEGI 12 for the jumpscares and for the type of game that can frighten the little children
Mode: Single player
Plot: You are a night guard that is invited to work on a pizzeria for one week but in that pizzeria years ago there was a crime, one guy killed four kids that were playing in the pizzeria, bad for him because the kids souls were introuced in the four animatronics of the pizzeria: Freddy, Bonnie, Chica and Foxy those animatronics will chasing you all night because they think you are an endosqueleton out of his suit, the you have to try to ressist till 6 a.m
Main characters: Freddy, Bonnie, Chica, Foxy, Golden Freddy and you
Weaknesses: The lasts nights are very difficult because you run out of battery all the night
Veredict: Is one of my favorite fames because I begin to play and view this saga when I was 10 and I see him now with nostalgy