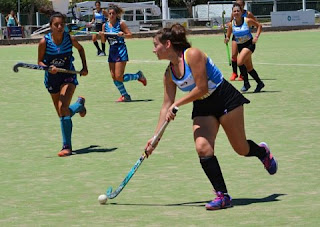 Field hockey is a sport in which two rival teams of eleven players each compete to shove a ball into the opponent's team's arc. The objective is to score more goals than the opposing team at the end of regulation playing time.
Field hockey  was incorporated into the Olympic Games in the men's mode in London 1908, and women's mode in Moscow 1980.
Field hockey at the 2020 Summer Olympics in Tokyo will take place from 25 July to 7 August at the Oi Seaside Park., twenty-four teams (twelve each for men and women) will compete in the tournament.