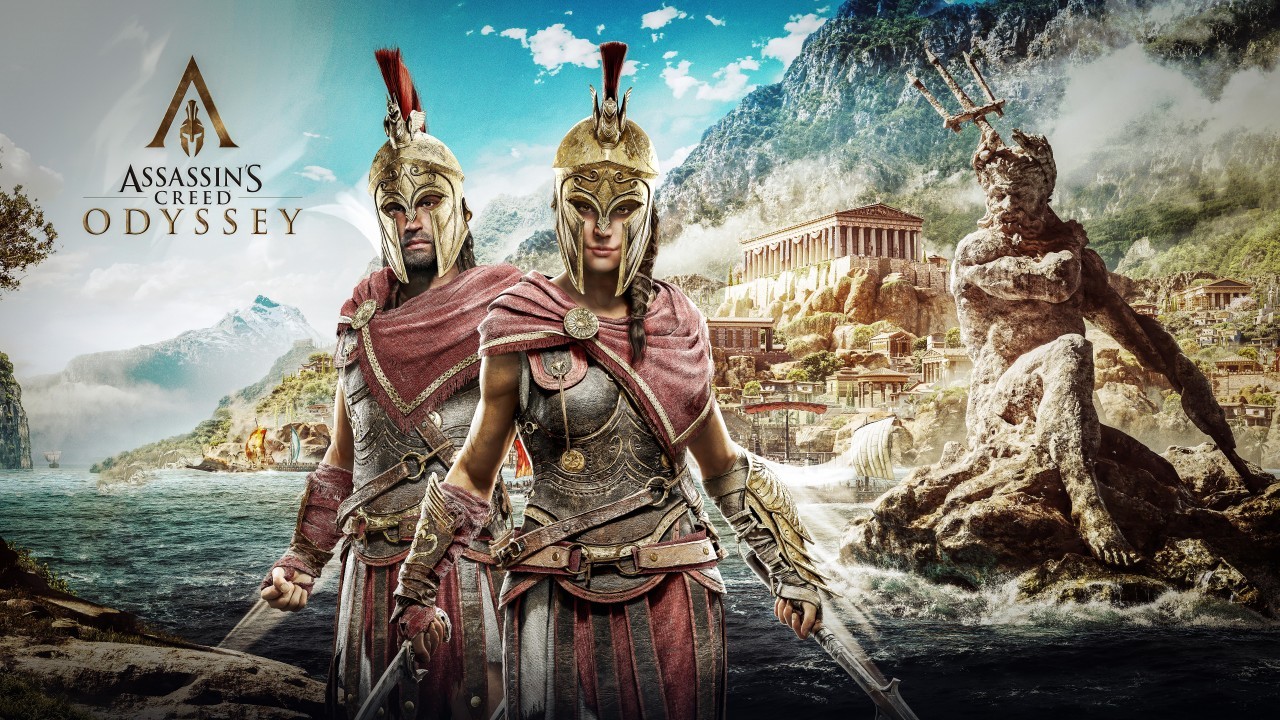 Plot: the game's genetic memory story is set in 431 BCE, recounting the secret history of the Peloponnesian War, fought between the city-states of ancient Greece. The protagonist is a mercenary named either Alexios or Kassandra (selectable) who can choose to fight for either Athens and the Delian League or Sparta and the Peloponnesian League, as well as against the Cult of Kosmos. This game is and odissey acroos the ancient greek where we can meet illustrious figures such as Perikles, Socrates, Hipocrates, Herodoto or Leonidas, and also fight witht mythological creatures like medusa, the minotaur or the cyclop.
Main characters: Cassandra or Alexios (on your own choice).
Hot Points: the vast open world of Athens and the wonderful narrative of the game. It´s a very advisable game if you are trying to improve a second language due to the big number of kinematics and spoken dialogue. Besides that the player has the option to chosse a female main character (unusual on action videogames).
Weaknesses: some missions are repetitive and the game has some unfixed bugs.
Veredict: With all that, personally I love this game and strongly recommend you to play if you like open world action adventures and the ancient Greek culture.