el abril 21, 2020
If you like "The Big Bang Theory", you'll also like "Young Sheldon". It's the prequel to "The Big Bang Theory". In "Young Sheldon", Sheldon Cooper is only 9 years old and the series is based on his childhood. The main characters are Sheldon (who goes to High School because he's very intelligent), his parents (George and Mary), his brother Georgie, his twin sister Missy and his grandma Meemaw. Sheldon Cooper lives with his family in Medford (Texas) and the story happens mainly in his house, the High School and the church. I recommend it because it shows the life of a special child: he's a genius and his family and friends have to "learn" to live with him. It's a great comedy! 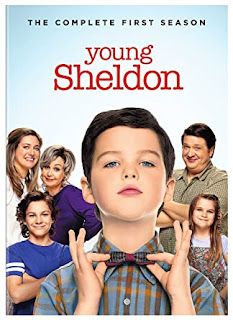