el abril 20, 2020
This series is composed of 5 seasons. The main character of the series is Michael Scofield, an engineer who designs a plan to rob a bank and get thrown in jail. This way he can save his brother with an ingenious plan inside the prison, Lincoln Bu 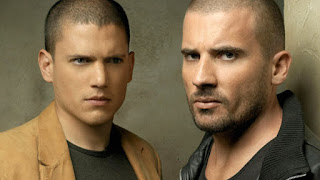 rrows, who is condemned to death penalty for an alleged murder. The society in this series is quite corrupt as the government runs the country as it wants. I recommend the first two seasons of this series because I think that from the third season on, the series drops a lot. The protagonist has a brilliant mind and it's very interesting to see how he develops his plan.